Can’t see the wood for the trees

We were awoken early by pitter-patter of rain on the tent, which was met by an expletive from Mr V as he had left the top of the door open for ventilation. In reality, it sounded worse than it actually was (the rain, not the expletive). The weather had been forecast but it was the half hearted type of rain that seemed as if the clouds had thought “urgh, now you’ve said it, I suppose I must!”. We went through our now well practiced morning routine. Mr V boiling water for me to make our morning porridge, I am still rather wary of the Bunsen burner; whilst I squeeze our bedding into the respective stuff-sacks, leaving my own cosy bag till last. Once fortified by breakfast, we each away to our respective ablutions, and I return to find the tent and Talula all packed up. Years of instructing adventurous training mean that he is very efficient that Mr V. Nothing at all to do with how long I take to get ready.

We departed early, just after 08.00 and the day is still a little grey, so sunshine lenses are the order. We head southward from Harderwijk towards Arnhem through woodland both evergreen and deciduous, the sounds of birdsong accompanying us as we go. It was a glorious balm for the soul. 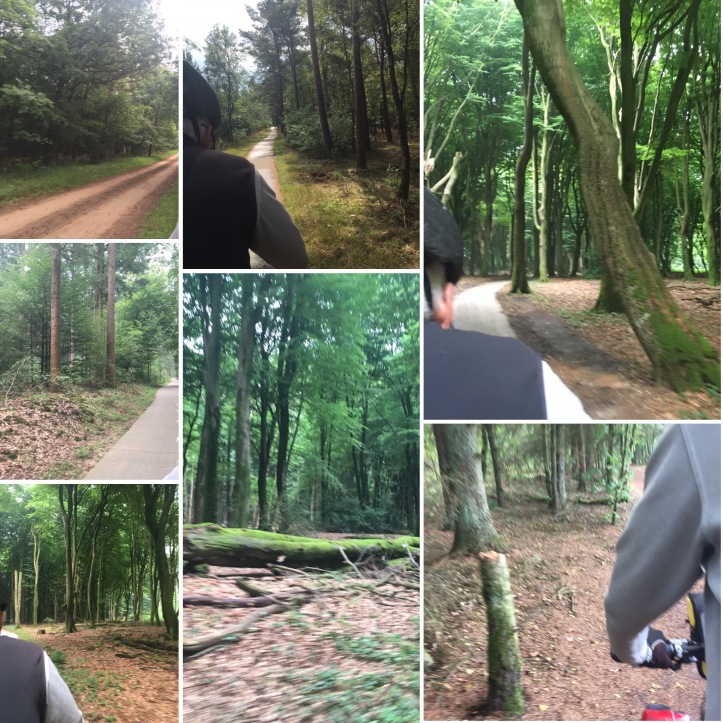 Our route took us through the De Hoge Veluwe National Park which had heathland and woodland not unlike that in the U.K.  What impressed us was the quality of the cycle tracks through this area. We could not help but wonder why this is not so in Britain, but felt that even if such investment were proposed there would probably be much harrumphing and objections to ‘spoiling’ the natural beauty. Such a shame, as it prevents tracks from being churned up, and we have seen that it opens the countryside up to far more people, especially those with disabilities.

Our early start meant that we were ready for our coffee/comfort stop early. We found a quiet spot with an almost dry seat and watched the steady stream of weekend leisure cyclists ride by to acknowledgements of “Hoy!” It was only after necessity had led me to some al fresco relief, that I realised that the turned over earth around us was the telltale signs of wild boars.

We continued our way, but an hour or so later of hard peddling meant that the siren call of what was clearly a cyclists watering hole at a crossroads was too much to resist. The apple cake and coffee really hit the spot and kept us going until we were able to stop for lunch provisions at Arnhem. 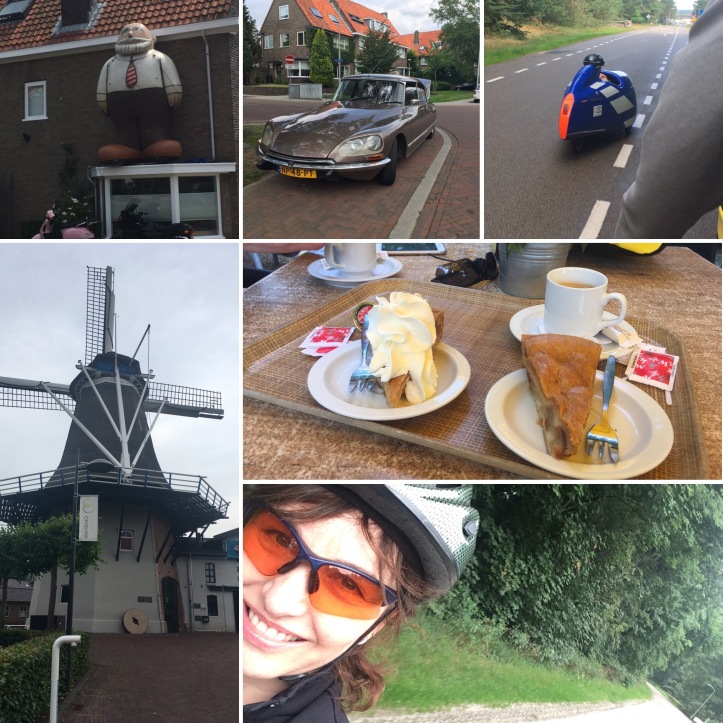 We have seen some things on our travels today, a lovely example of Mr V’s favourite car, a man in a rocket bike took us quite by surprise, and I really do not understand why an ordinary suburban house has a giant santa in a shirt and tie on it’s front porch. We also saw other tandems! This is the first time of the whole trip that we have met any other tandems, these though were more leisure cycles, rather than the sturdy hybrid that is our Talula.

I shall not go into detail of the recent  history of that ‘Bridge too Far’ that is Arnhem.  We did not venture into the centre today as we intend to do the circuit of it tomorrow, we did though cycle past the landing sites.

The going today has been harder work as there have been some long continuous inclines, which means we cannot lick along at our usual pace without rather more effort. The reward though is in the long descents that we can joyfully freewheel.

We camp tonight at Camp Rimboe (or Rambo as we referred to it) which apparently means camp jungle. Well there are trees. 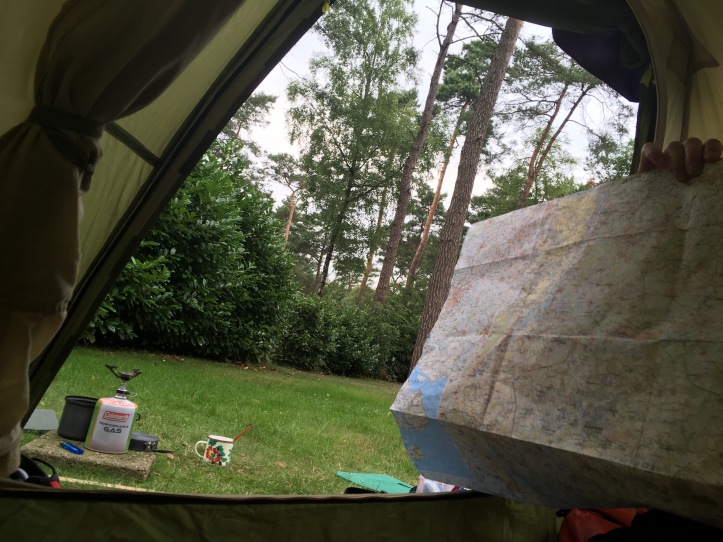