Day two dawned a little grey and somewhat windy. We packed up our provisions for the day, leaving the duffle bag and just taking two rear panniers. We had dressed for chilly weather, but soon found that this was clearly a southerly wind; so it was not long before we were feeling a bit hot under the collar and started divesting ourselves of outer garments.

Our route today is mainly flat, after negotiating our way towards Temple Meads Station, we skirt round the back, through some areas of regeneration and locate the start of the Bristol to Bath railway path. This is a busy thoroughfare for cyclists and pedestrians especially at the Bristol end, with exits at various strategic points so there is much commuter ‘traffic’. This is clearly a vital artery of the cycle network for cyclists in a city where the roads are one of the worst for congestion in the country. Though a little scruffy in places, there is dotted along the length, reminders of its heyday by way of artworks and the remnants of railway structures. 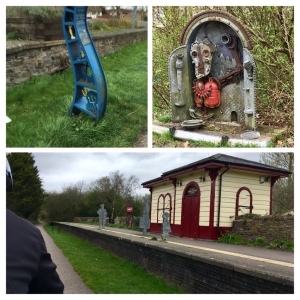 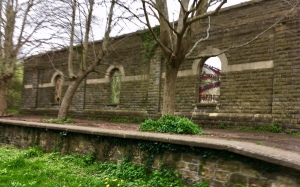 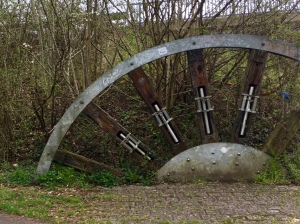 There is a short length of track which is maintained by the Avon Valley heritage railway and their stockpile of items for restoration is fascinating. Alas there was no steam engine chuffing today given that it was just an ordinary Tuesday.

Onward we peddled, the track rising out of the shelter of the cutting to run along the top of an embankment. On the plus side, the tarmac was new and as smooth as silk. On the not so plus side; the full force of the wind came at us in gusts from the surrounding countryside and there were times we were peddling furiously and hardly moving! We kept positive though, at least it is a good workout. Battling through, we were relieved when the line once again travelled through the high sided shelter of a cutting and we reached Bath in relatively good time. 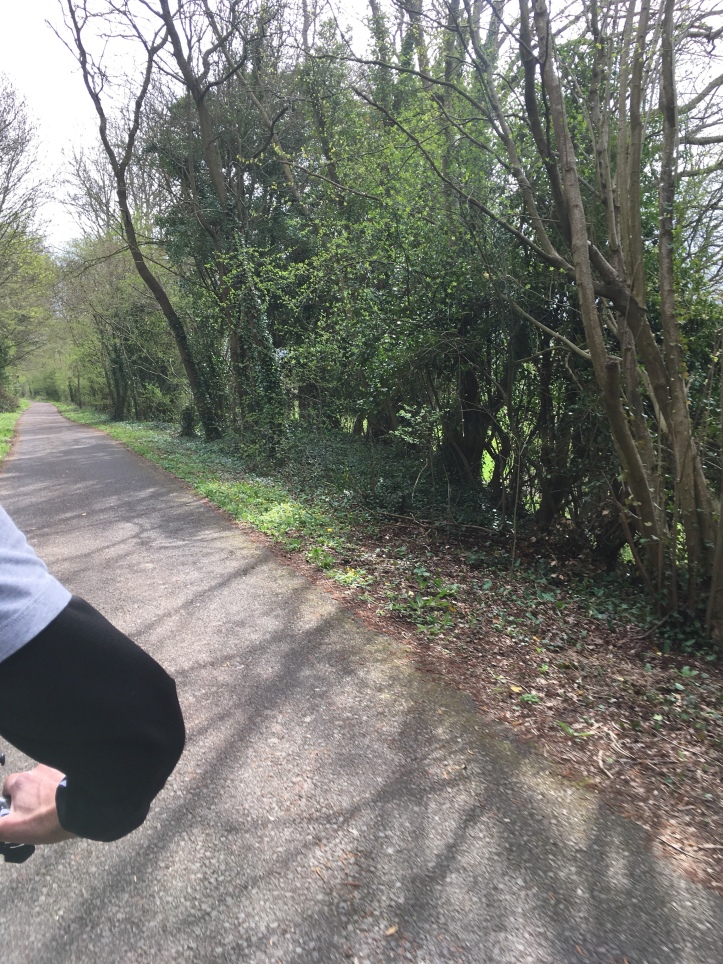 We sought out the Greenway which circles Bath and includes the Two Tunnels. The first, the Devonshire tunnel is relatively short and saw us going through in a few minutes.

The longer one, Combe Down Tunnel is 1670m long. We stopped for refreshments before embarking on that one. As we sipped our coffees a gentleman emerged from the tunnel and we noted that he checked his watch so asked him how long he had taken; 18 minutes says he. Given that the sign asserts average pedestrian time is 25 minutes, that is pretty good going. Norbert, as he assured us his name was, joined us for what turned out to be a lengthy chat, where we discovered he is in training for an epic pilgrimage walk from Lisbon and had already done both the French and Portuguese Caminos and last year had cycled from Bath to his house in the south of France with little more than a tarp for shelter. Quite a man!

We bid him farewell and good luck and headed into the dark maw of the tunnel where the temperature dropped dramatically and the eerie quiet was only broken by the swish of our tyres on the wet surface. After a few minutes though, we started to hear music and recalled from our last visit, that there are a number of lit speakers at the midpoint of the tunnel which constantly play classical tunes. It certainly makes what I would imagine could be a rather spooky journey for the lone pedestrian, a more friendly experience.

Once out of the tunnel we head to the toe path of the Kennet and Avon canal and come upon the lovely Dundas Aqueduct and charming Somerset Coal Canal. The Kennet and Avon is a busy canal and appears to have a great number of permanent barge residents. The toe path itself is in good order and easy to pedal, though I confess I was a little nervous whenever we negotiated the chicanes under the low canal bridges.

The going was pleasant, and a stark difference in the level of peopleage from our last trip here on a warm bank holiday weekend, meant we were able to lick along at a good pace, circling around and back to Bath. We took in some of the lovely honey stoned architecture of the city on our way back to the railway path to re-trace our tracks back to Bristol. 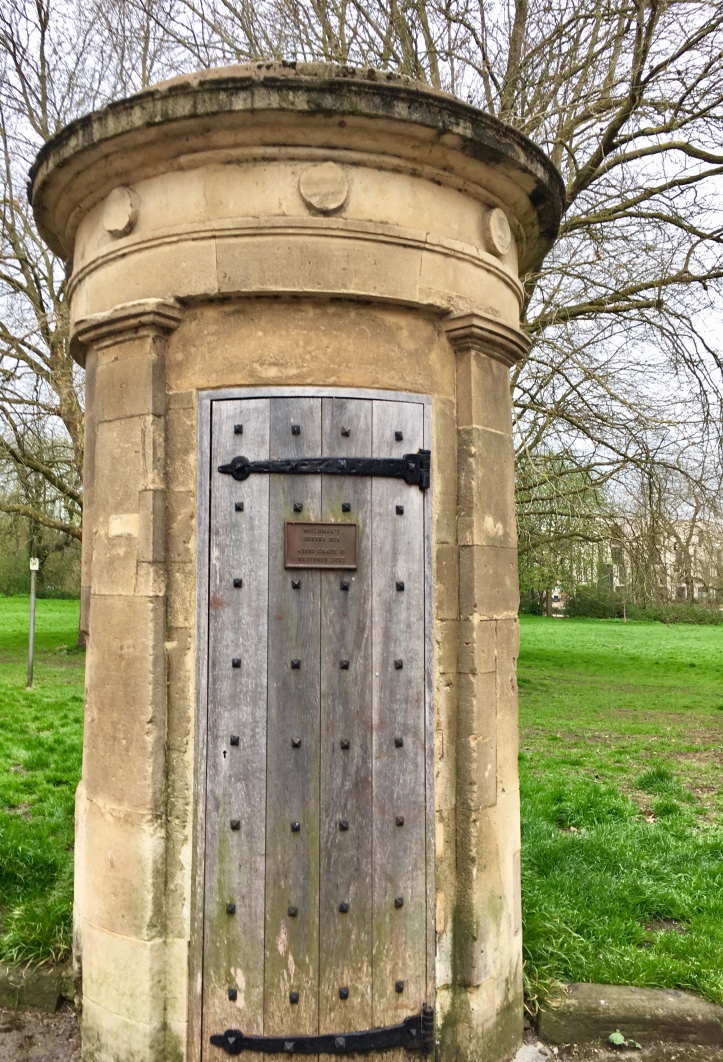 we decided to stop for refreshments at the heritage railway cafe, which is housed in a couple of classic wood lined railway carriages, we somehow managed though to proceed with our teas to the lesser of the two carriages; our tables being bereft of flowers and cloth.

Suitably fortified though, we pressed on back to Bristol and found that what had been a slight incline on the outward journey, assisted us in building up quite a speed homeward and our competitiveness to overtake fellow cyclists came to the fore as heads down and legs pumping, we left them in our wake. Tandems are hard work uphill, but man they make up for it going down!

The forecast for tomorrow is scorchio as we head back to Gloucester and hope that our son has remembered to feed the cat in our absence.